In working in healthcare, I’ve witnessed the systemic issues that work against you when you’re a patient. I’ve been frustrated by how little movement, if any, has been made to improve these issues since I came into the field 5 years ago. But slowly, as the months have gone by, I’ve acclimatized to the system. I’ve started to convince myself that I’m powerless to make changes and have detached myself from my work. I see myself acquiescing more and more, simply because I’ve learned speaking out against it goes nowhere.

And it’s not that the people around me are oblivious to these issues. They, too, recognize that something’s not working. But they’ve also experienced the resistance within the big, complex system. Maybe they were just as frustrated as me at one point and have moved on to feeling powerless too. Facing those walls on a daily basis, knowing something better lies on the other side, can wear down even the most passionate of us.

We get stuck in this idea that change needs to be significant or dramatic in order to make a difference. It’s great when the people with power decide to do the right thing, but the vast majority of us are never going to be in that kind of position. That doesn’t mean we’re powerless to make change.

As much as we’d all love to blow up the walls that prevent us from getting what we need from the healthcare system, most of us aren’t equipped with dynamite. But there are other ways to get over the wall. If we use the tools we have to make a foothold, we can help each other get over the wall a little easier.

Instead of fighting for a piece of dynamite, I’ll wear down my chisel carving out notches in the stone. Here’s a little perch I carved out earlier this year: 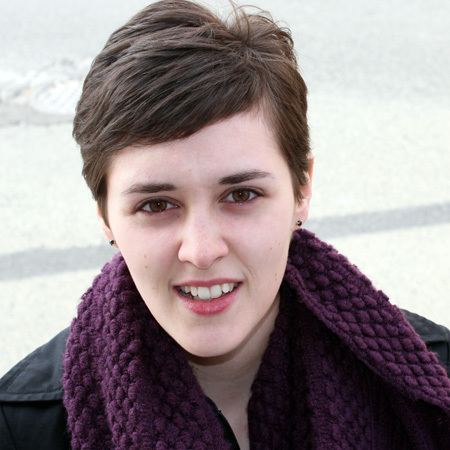